Inspired by the positive contribution well-designed buildings make to communities, Hsu ditched plans to study fine arts and became an architect. With a master’s degree from Yale University and a doctorate from the Graduate Institute of Building and Planning at National Taiwan University in Taipei City, the 46-year-old runs her own firm, ARMU Design, and is chair of nongovernmental organization Women in Architecture Taiwan (WAT).

“Why did I choose to take up architecture? Most people who knew me expected me to study fine arts because I’ve been good at drawing since I was a child. In my first year of senior high school, I took classes to learn the skills needed to qualify for the fine arts department of National Taiwan Normal University in Taipei, one of the top schools in this field in the country. Back then, most people who studied there ended up teaching, a stable career that everyone thought was perfect for a woman.But I really didn’t like those lessons. I still clearly remember one Saturday afternoon. My instructors had repeatedly corrected me because I hadn’t followed their strict rules. Rules that would ensure I’d get high test scores. I was so frustrated. I felt especially tired and at a loss that day after I finished class. The sidewalk was dappled with sunlight and I kept asking myself: Why should I waste my life on something I have absolutely no passion for? So I decided I was going to quit and study architecture instead. A painting can only be appreciated by the person who owns it, while a good architectural design can improve the lives of many.My father didn’t mind what I studied as long as I was happy. It was my mother who argued with me about it. She thought women should study arts and humanities because that’s ‘what’s suitable’ for them. What mattered most for her was whether I could marry a decent guy and have a happy family life. Well, here I am and I’m single.I ended up studying for a bachelor’s degree in architecture at Chung Yuan Christian University [in northern Taiwan’s Taoyuan City] in 1997. Back then, not many women studied architecture. Less than 10 percent of the 60 new students in the Department of Architecture every year were female. But despite being outnumbered by men, women have made their mark in this field.

To me, architecture should be inclusive. So the projects my firm ARMU Design, which I founded in 2004, have implemented are quite diverse. We’ve taken on everything from restoring historical buildings to renovating elementary schools. I care about the small but significant details. In 2014, we were contracted to renovate and beautify parts of the periphery of Shipai Elementary School [in Taipei]. We had to tear down an old wall on one side of the property, but we built a fence along one short section to show where it used to stand. That was to show respect for the school’s history, which is part of the community’s history too.I think women design buildings that are more in tune with their surroundings. One striking example of this is a student activity center project for Yangming Senior High School [in Taipei]. The male architects submitted designs featuring tall buildings that were visually arresting, but a female architect called Day Jia-hui (戴嘉惠) envisioned several low-level structures that were more in harmony with the school. Day was the only woman in the competition and her proposal won. But female architects are often at a disadvantage because their male peers come up with more showy designs.Women are just as talented at architecture as men, but they often don’t receive as much attention or credit. One of the reasons I wanted to help start WAT is Hsiu Tes-nan (修澤蘭). She designed many buildings in the country such as Yangmingshan Chungshan Hall [a traditional-style structure completed in 1966] in suburban Taipei, yet her death three years ago at age 90 passed with little comment.We have more than 60 members who are all female professionals including architects as well as landscape and interior designers. Some people say we’re trying to unseat our male peers, but we just want to fill in the gaps where women have been ignored in this profession. Our work is urgent because many of these women are now quite elderly. We’ve been using all kinds of ways to record their stories. For example, in January WAT held a small party to celebrate the 83rd birthday of Hsiao Mei (蕭梅), where she talked about her career. She’s been dedicated to teaching architecture in Taiwan for decades.Every two months or so, we organize trips around the country. For the most recent outing we took more than 50 people to visit the newly opened National Kaohsiung Center for the Arts [in southern Taiwan]. WAT member Lin Wan-jen (林宛蓁‬), one of the key figures behind the building’s design, acted as our guide.Currently I’m busy organizing two events to mark International Women’s Day [March 8]. We plan to invite several female professionals in architecture and the cultural sector to give talks and take part in seminars. We’re also planning to publish a book on Taiwan’s female architects which should be out in 2020.” 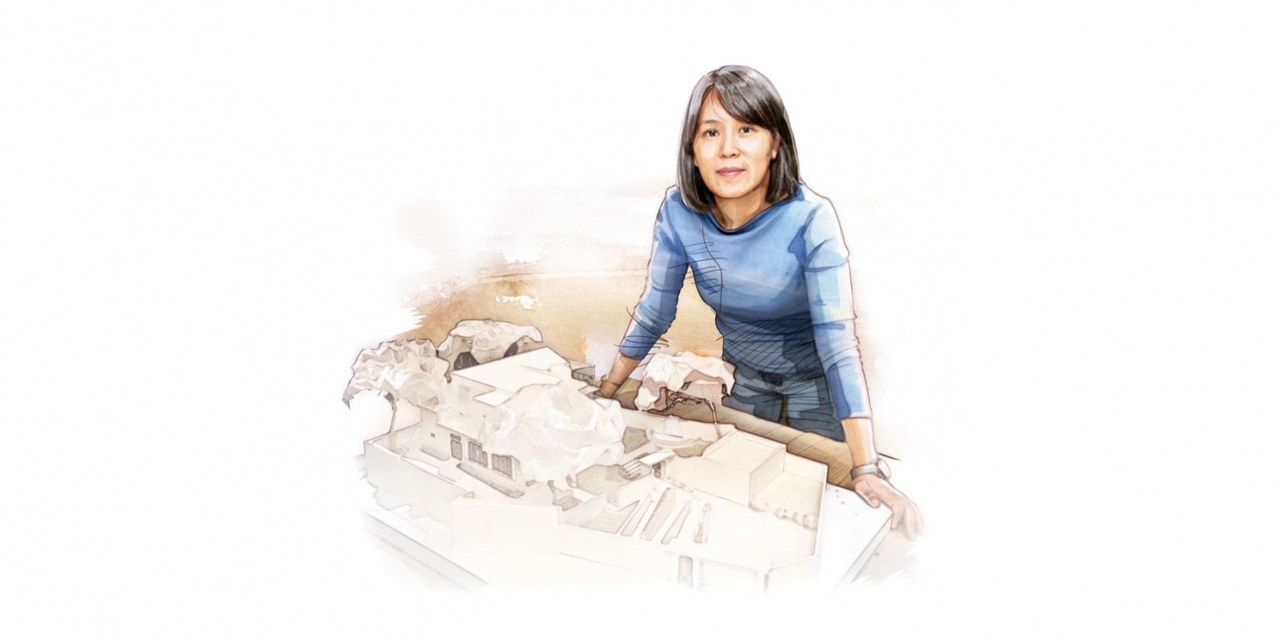