« Go back to News

Taiwan Architecture magazine | From Others to Home-makers: Seeing Women in Architecture—The Inauguration Meeting of WAT

May 5th, 2018. It's "Lixia" in Chinese Lunar Calendar which signifies the beginning of summer. It is also the joyful inauguration day for WAT. This date was awaited longer than expected—it took 18 years of brewing and over 70 years of sowing before it blooms into reality. From this point, we get to see the changing of roles that women played in architecture. It is a long journey from strangers in her own town, to home-makers.

Once upon a time, all women had been denied access from Architecture Academia around the world. It was not until 1915 that women are able to study architecture, and for a longer while after that, women fight for the right of becoming a licensed architect. In Taiwan, the first architecture school at college level in Taiwan, Taiwan Provincial College of Engineering (台灣省立工學院), now National Cheng Kung University (國立成功大學), was established in 1944. But it was not until 1948 that the Department of Architecture was opened to female students. As the first and only female student in the department, Hsiu-lian Wang (王秀蓮, 1929-) passed the first year of architect examination in Taiwan in 1953, becoming Taiwan's first female registered architect.

Despite the remarkable performances of female architects, the studies of Taiwan's architectural history fail to provide a clear and detailed record and representation of them. There are also neither records of women's contribution on education on allied fields of architecture. In a world where women could not find a space of their own, they are Others in their own professional careers.

In recent decades, the number of female students in department of architecture is almost as much as male students. Women are no longer rare in school. You might infer that there must be as many registered architects as well. However, according to the statistics provided by Construction and Planning Agency, Ministry of the Interior, the number of female practicing architects is way lower than the female registered architects. In 2017, there are 3,830 people registered in National Architect Association (NAA) as practicing architect in 21 counties and cities in Taiwan. Among them, female stands for 6% (233 people in total). In Taipei City where there are most registered practicing architects, female stands for 7 % (99 people in total) among 1,332 people.

That there are two places with no female registered practicing architects at all, shows the fact that women are absent from about 10% of the NAA affairs—which include participation of local events, and the discussion and decision-making of institution inside NAA. These primary statistics also do not include space-related professionals, to be noted. Where do women in architecture go? Is present professional institutions still contains obstacles that restraint women from full playing their talent? Is there gender-specific constraints exist in this profession? What are those constraints, is it sexist bias, does it affects women's job opportunity, or their right to have a say? We need to dig in to it.

Today in Taiwan, women's awareness of gender differences, attention raised to architecture as a public issue, and pursuit for equal work right and diversity, led us to reach a consensus and organize to form "Women in Architecture Taiwan" (WAT) in 2018.

With "Women in Architecture" instead of "Women architects", we hope to be inclusive as possible. So, In addition to female registered architects, we sincerely welcome outstanding women in Taiwan, who are teachers and scholars in academia; practicing architects, designers, and engineers in construction engineering; and who excel in interior design, landscape architecture, and urban design.

By broadening the definition of WAT's membership to women whose works concerned the design of space and architecture in general, we aim to promote the recording and writing of history of female architects, to fill in the gap of "HERstory" in the allied field of architecture, and to respond to the diversity of modern space planning and development.

Furthermore, we hope to connect Women in Architecture organizations in different countries. By building a formal platform for exchanging experiences (we are now partner organization to groups such as YWA), techniques and academic culture, we look forward to obtain a vision across disciplines, and finally, achieving gender equal rights in history and recognizing the universal value of spatial empowerment.

With our determination of facing the "His"tory, society, culture and career of women in Taiwan, WAT has three missions:When we look up to "her-story" in architecture, brave women pioneers are always there, silently twinkling, guiding the traveler's directions like Orion in twilight. We thank them for chasing after their dreams in architecture with dare, wisdom, tolerance, and altruism. They opened a space for late comers to freely enjoy the blooming opportunities of creation.

On this inauguration day, we commemorate three outstanding female architects: Hsiu-Lian Wang (王秀蓮), Chiu-Hwa Wang (王秋華), and Mei Hsiao (蕭梅), on their contribution to public architecture and professional education. We also want to express our gratitude to the support of architect Hsiu-Lian Wang (王秀蓮); architect Wen-Ting Kao (高文婷), director in the Construction and Planning Agency of Ministry of the Interior; and all 35 members who are there from the start. We also would like to thank Department of Cultural Affairs at Taipei City Government for their kind support. Let us applaud for all the women in architecture for their devotion. Let us move on hand in hand from this point! 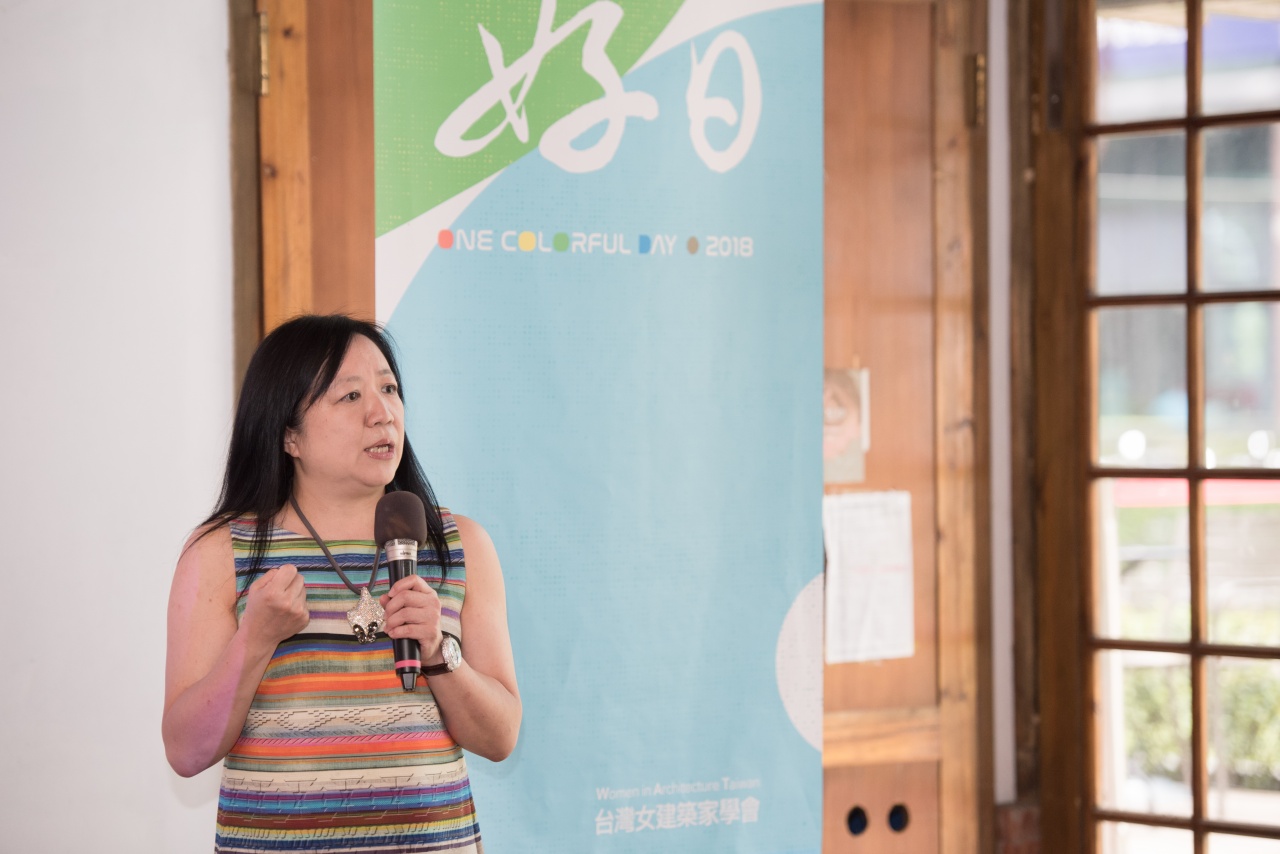 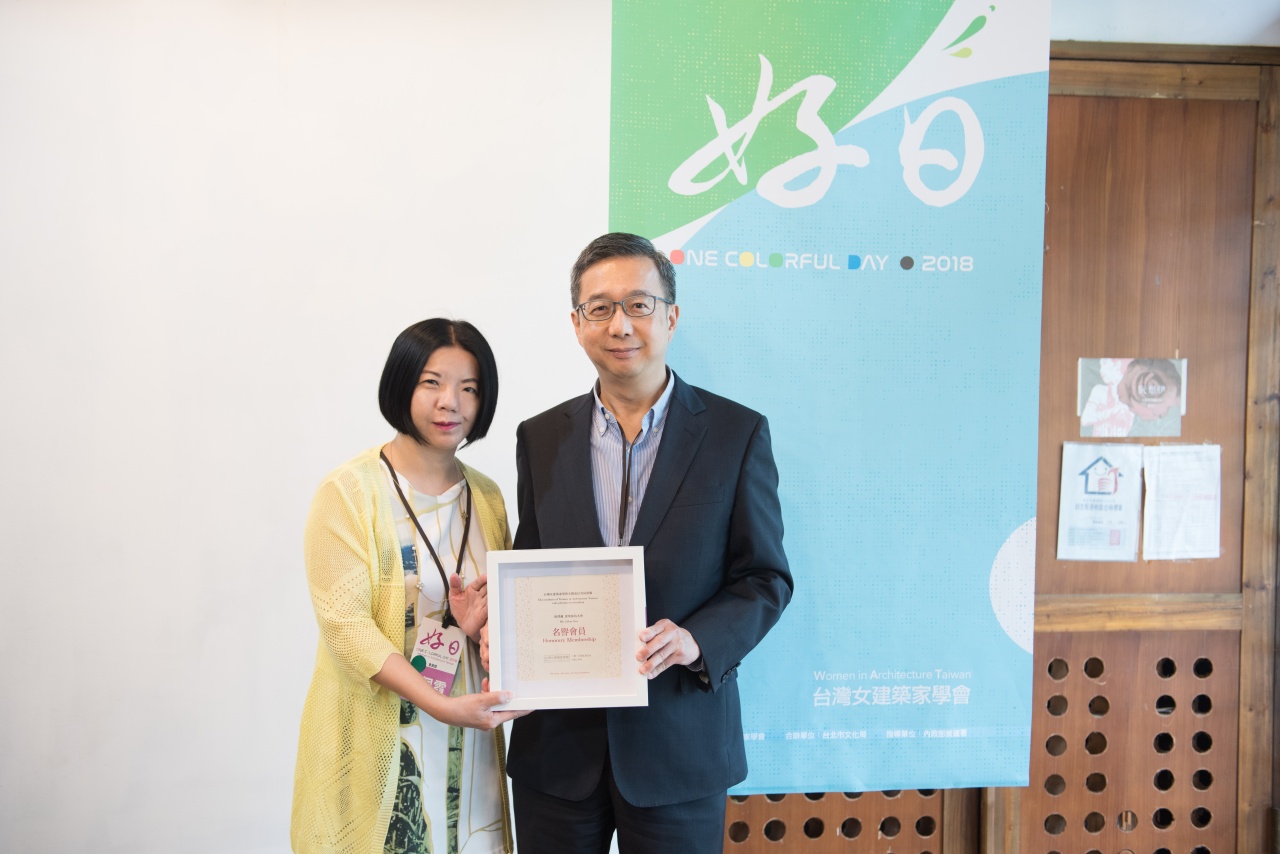 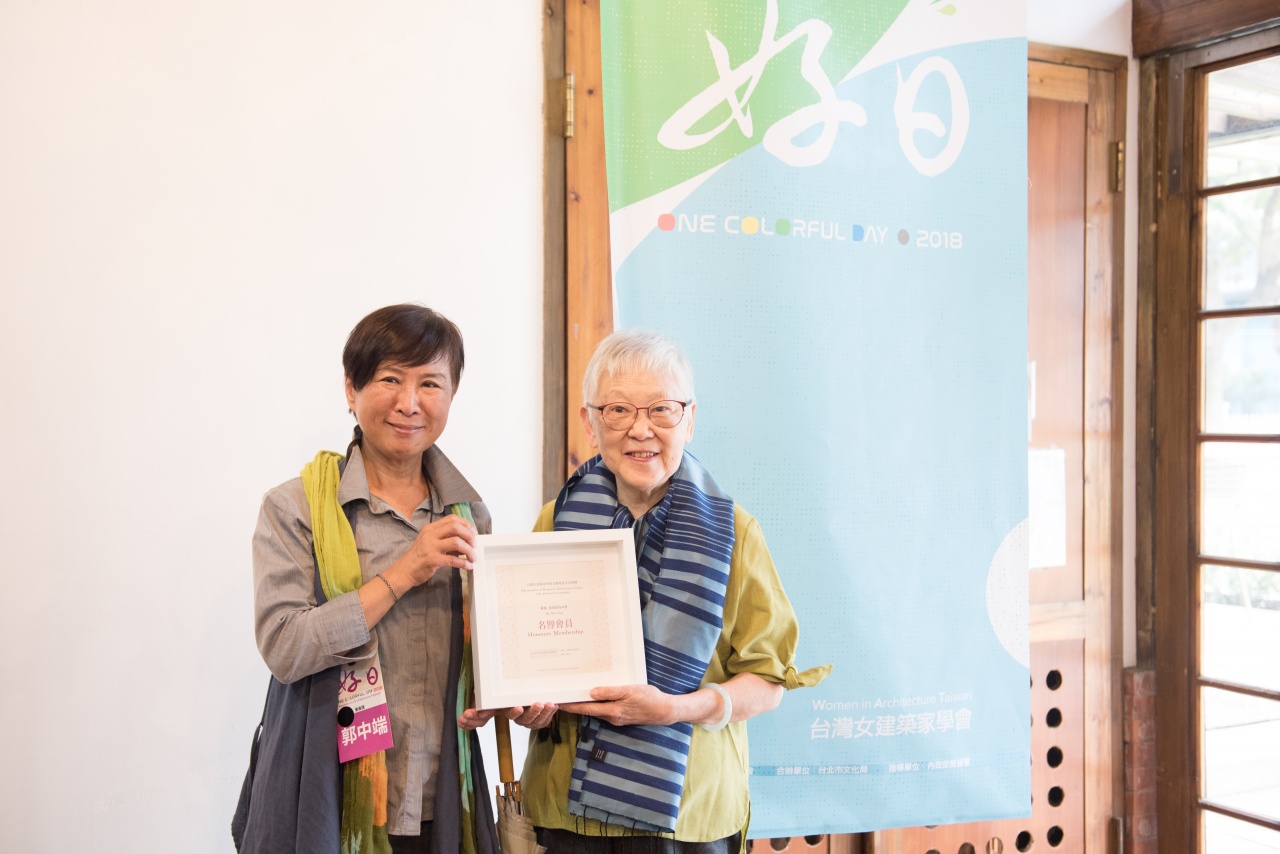 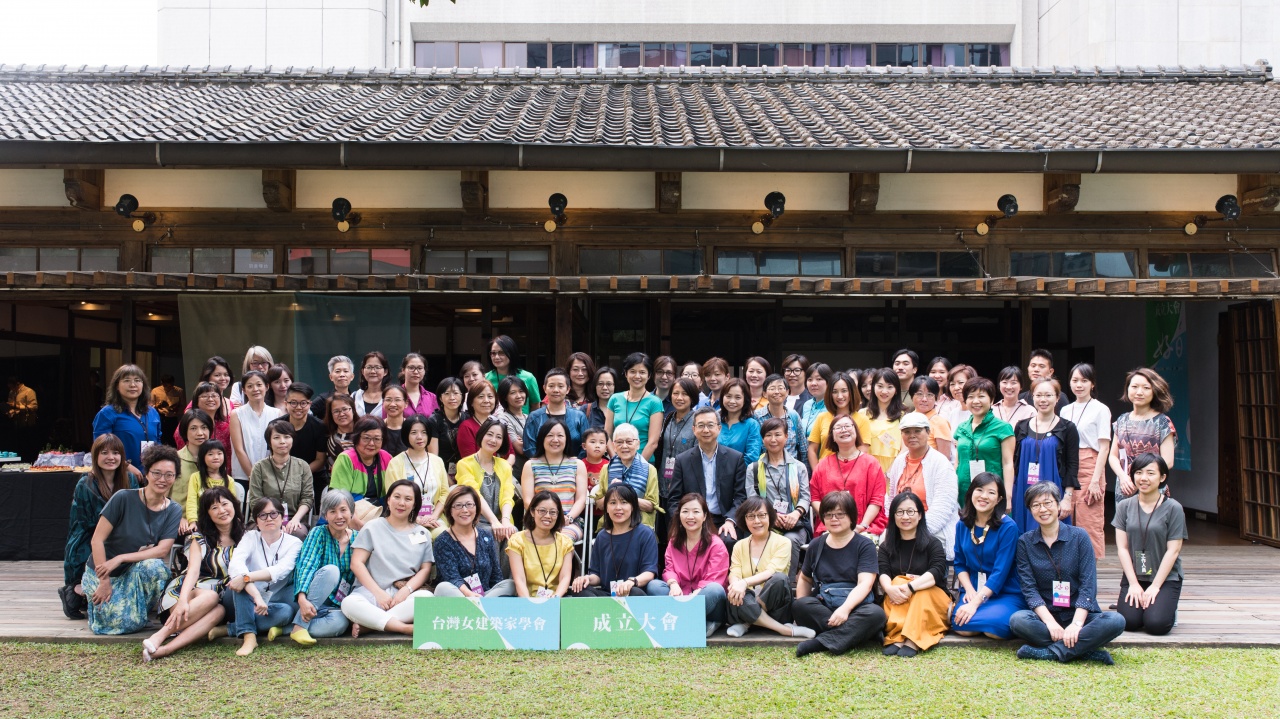