« Go back to Articles

Abstract:
Settlements comprise various dwellings and structures as a response to different environments and ways of living together and using space over changing historical periods. Following changes to the Preservation of Cultural Properties Law in July 2016, the term "settlement" was replaced by "settlement complex", mainly to emphasize that the concept of a settlement is space-based and that construction patterns were delineated by the dynamics of the local community. The new term also extends to buildings that have fallen into disuse, including former industrial and military structures. All belong to the "settlement complex". This shift in the understanding of settlements urgently needs to be resolved in order to understand cultural assets as settlements. This paper attempts to analyze the spatial narrative features of settlement community as the basis for cultural and social understanding.

The historical development and environmental changes in the Taoyuan area include occupation areas jointly constructed by different ethnic groups in different historical periods: From Aboriginal, Dutch, Ming (Zheng), and Qing Dynasties, the Japanese Colonial Period, and, finally, the arrival of the Chinese Nationalist Government (Kuomintang). However, at present, there is not a single registered settlement cultural asset in Taoyuan, a fact that exposes problems with the implementation of internal (concept, and cognition) and external (law, decision-making tools) aspects of cultural property preservation.

This study attempts to develop a narrative feature structure for culture heritage space based on an analysis of the spatial narrative characteristics of the current reasons for the registration of cultural assets in Taiwan, using the Taoyuan area as an example to understand the evolution of spatial settlement in Taiwan. 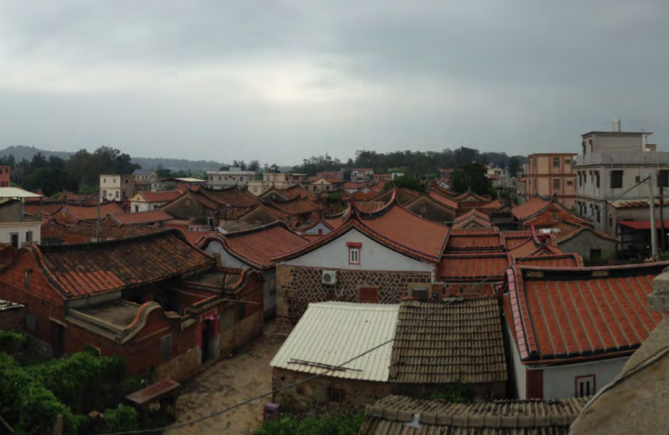